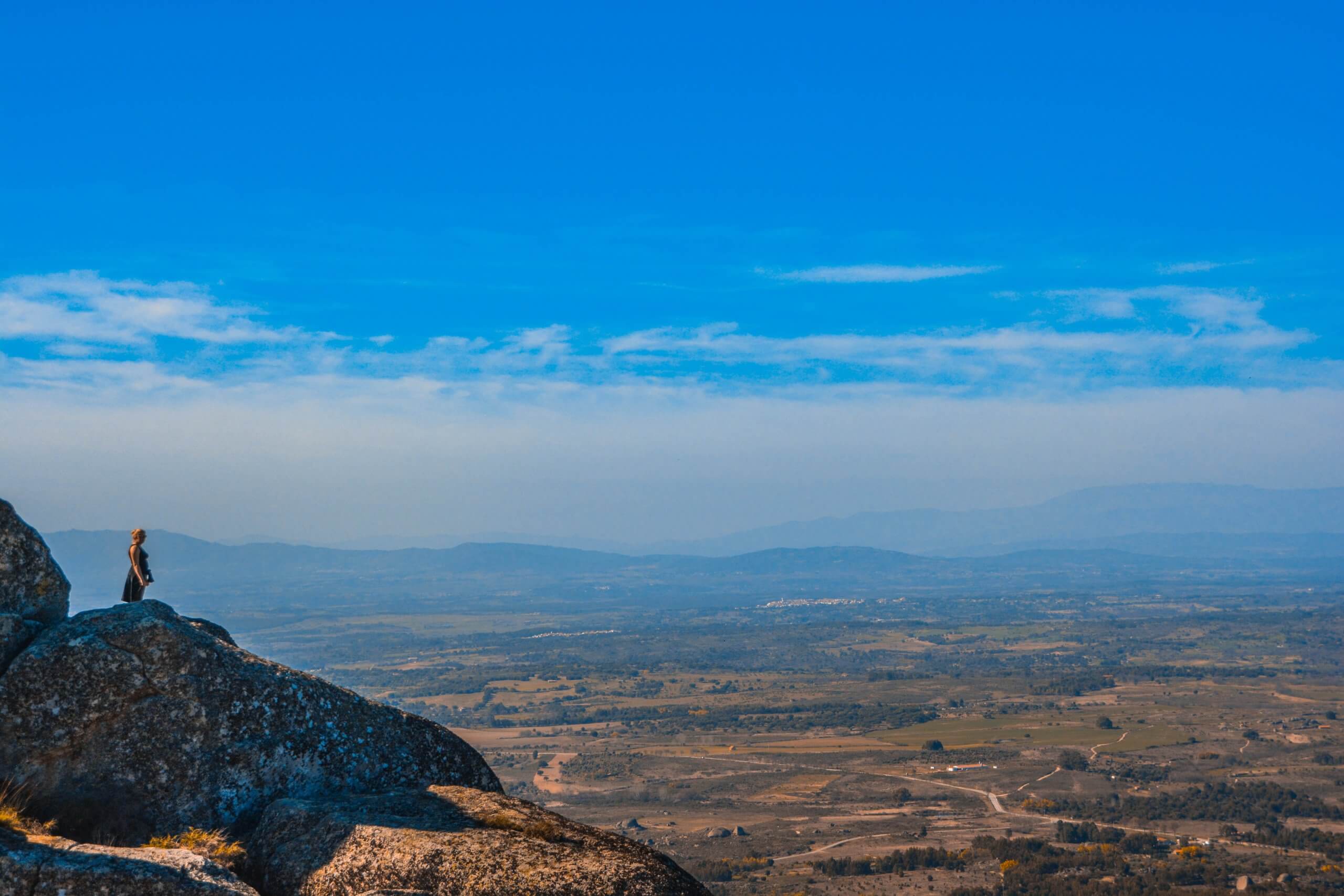 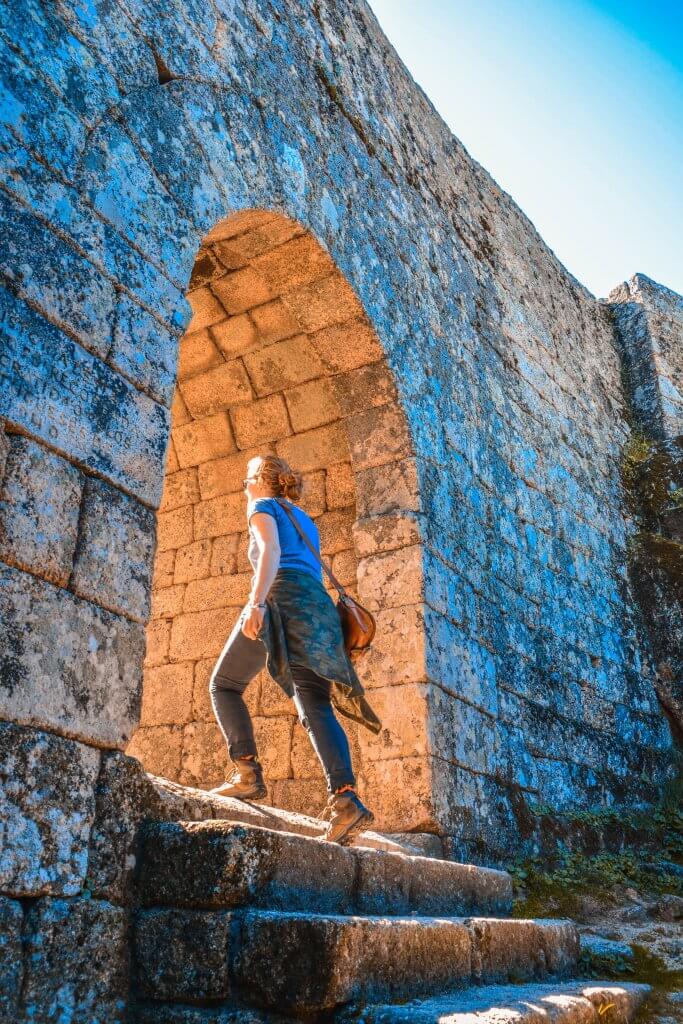 Michèle had found out about this place and we were very curious. Could it really be as cool as the description? To be honest…it was even better! The village looks quite strange, with all the stones and the steep pathways. It wasn’t like anything we’d ever seen before. And we enjoyed the castle even more. Normally there are paths you have to stay on or places that are closed. We were really able to enjoy ourselves by climbing on top of the tall walls to get an even better view. Nothing was forbidden, but of course you needed to be a bit careful.  The Necropolis was also interesting, and Sanne was even able to lie down in a sarcophagus (call it a bucket list thing). All in all we had a really great time in Monsanto. You do need to be fairly fit to do it all though. We were also struck by the well-kept tourist office facilities and the public toilets.

Monsanto is a village surrounded by huge boulders. It lies at the top of a mountain, which gives you a panoramic view of the Portuguese countryside. In the village you can see several houses that were built under, between, or next to the huge boulders. And right at the top is the castle of Monsanto: Castelo Branco. It has been a strategic spot since ancient times. Due to an explosion in the nineteenth century, only the walls of the castle are still standing. The village is also known as a living museum because there are still people living there, and many people come to visit it each year. Between the village and the castle you can also see the ruins of the Necropolis van São Miguel. The interesting thing about this place is that the villagers were buried in the stones, and you can still see the outlines today. There are also open sarcophagi at the entrance to the chapel. 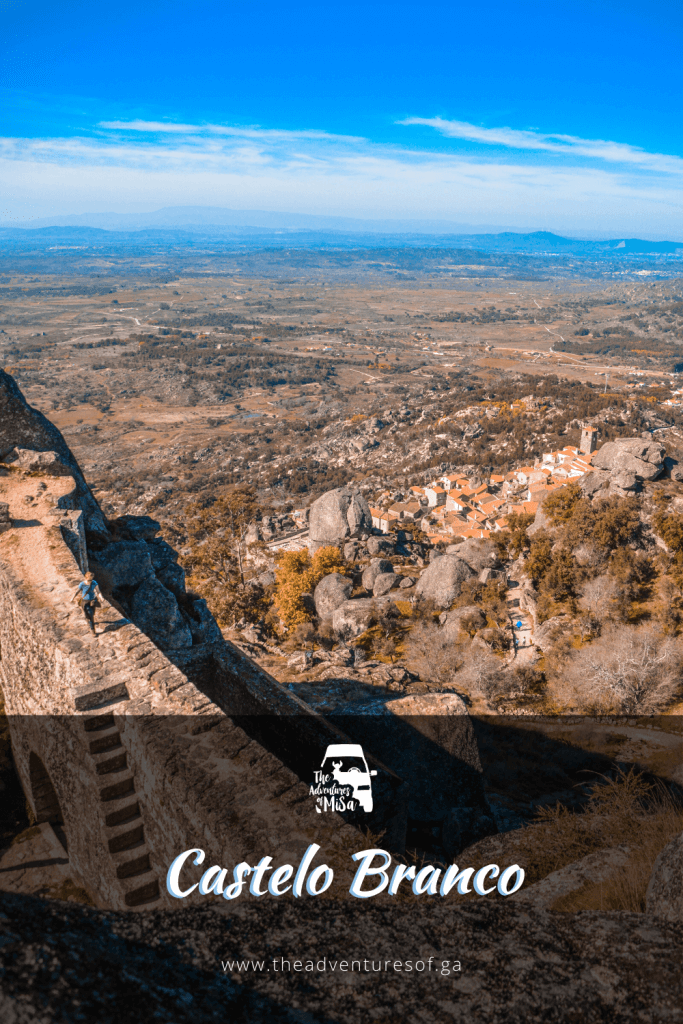