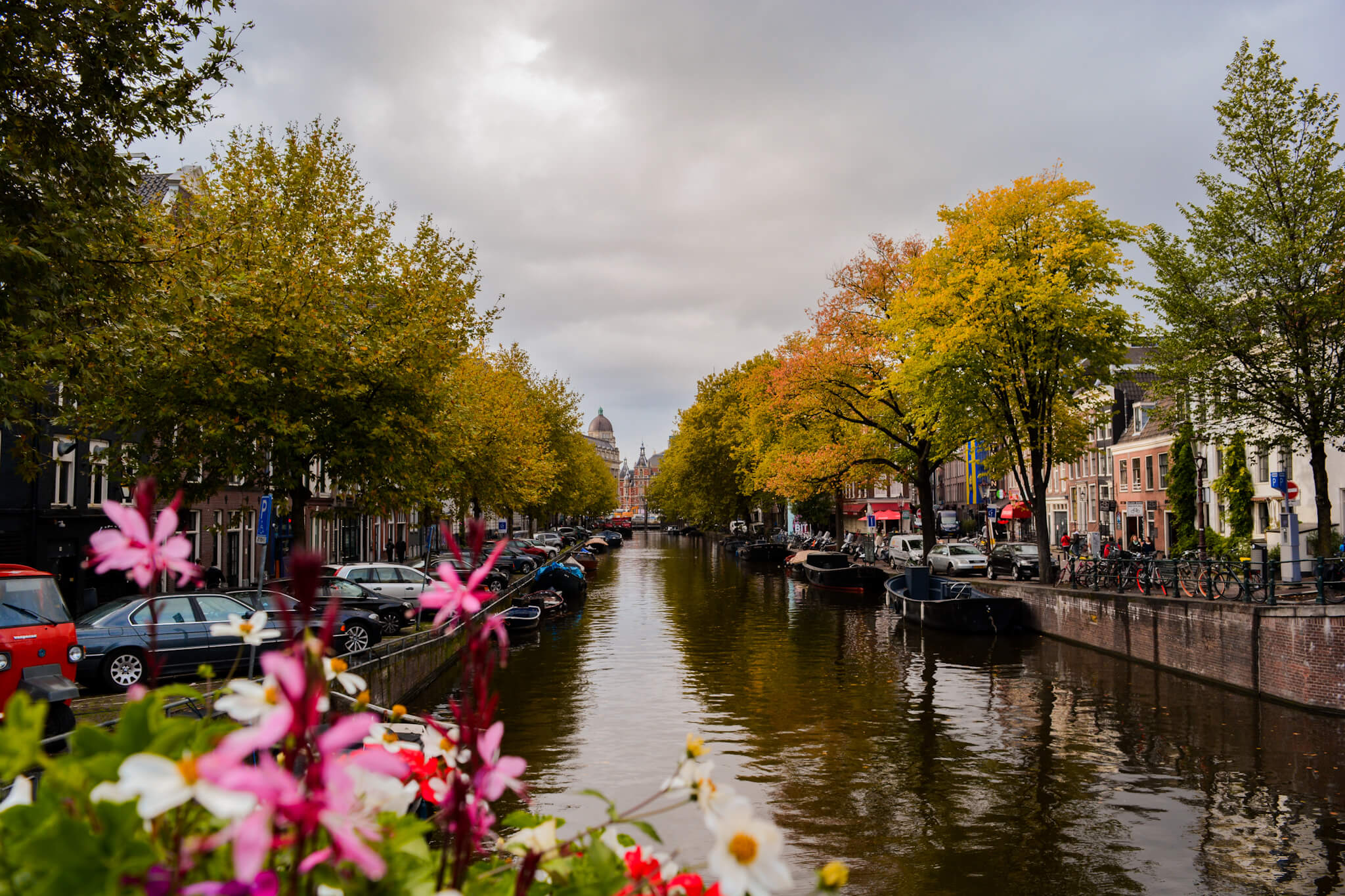 Sanne’s mom won tickets for the famous museum, Het Rijksmuseum. That’s the moment we realized Michèle had never been to the Dutch capital while dating a Dutch girl… The tickets were only valid till the end of November and with the upcoming festivities, work was going to be busy. We decided to make a small weekend and go to the big city full of clichés (drugs, wooden shoes & hookers).

We camped at Camping Zeeburg, a very modern camping with really nice vibes! There were goats, “hostel” rooms, parking lots for campers & vans, small wagons and a big field for tents. A beautiful decorated restaurant with local beers and delicious food, super clean sanitary and a small shop with Dutch food were also on the terrain. We stayed there for 2 nights on a parking lot without electricity for only € 30 euro’s!

The campsite is near two tram stations. For the two full days we were in Amsterdam, we bought a combi ticket for 48hrs. This cost € 12,50 per person. We could use tram, metro, bus & ferry as much as we wanted during those 48 hours. Before we arrived we considered to rent a bike, but in the end it was cheaper this way. 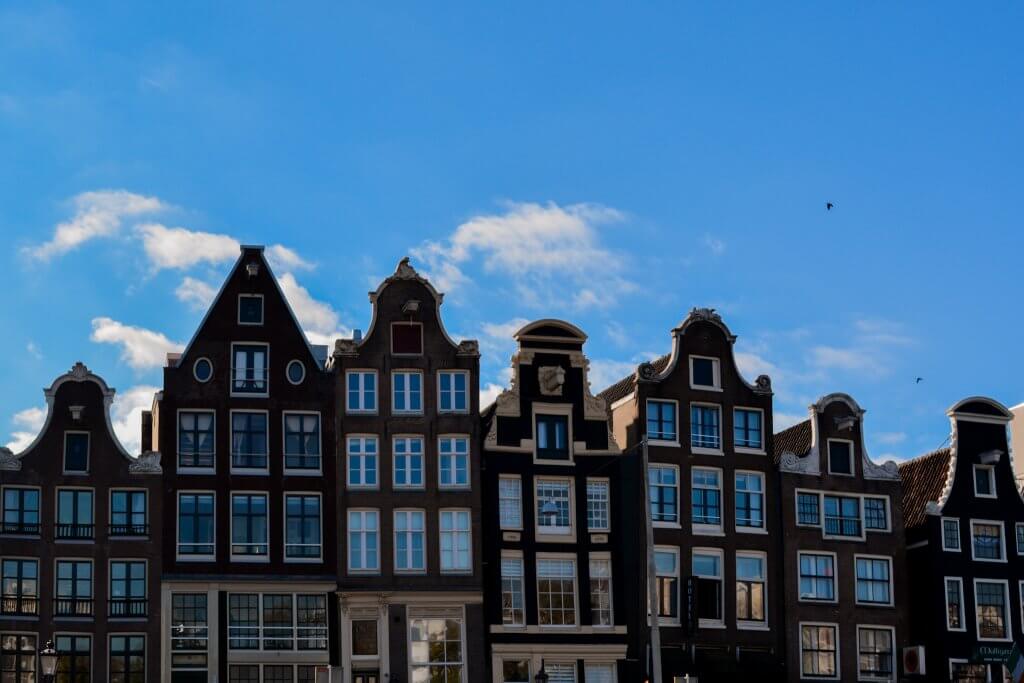 The first day we took the tram from Zeeburg to the Central Station. Sanne’s mom also won tickets to take a boat tour with the company Lovers. The boat tour went through the famous canals and the audiotour told us everything we needed to know about the places. For example, Amsterdam has more bikes than people living there and 1200 houseboats floating in the canals. Pretty interesting right!

Next up was the NDSM Wharf. We took the ferry and went to the famous artsy fartsy place of the city. First stop was Pllek. We had soup outside and looked over Het IJ. We explored the wharf and found the IJ Hallen. Many art ateliers were placed inside like it was a big office complex. We found a Barbie Peepshow and enjoyed an exposition in an old skating area.

We took the ferry back to the Central Station and went for a walk in the Red Light District. It was Michèle’s first time there, so it was obliged. We didn’t see much of the ladies behind glass though. After we walked to the Waag where there was a little market with books, clothing and souvenirs. A little book market, somewhere hidden near one of the famous canals, was our next destination. We found a few old books that were also much cheaper than at the market. The owner of the stall was reading a book and drinking coffee to stay warm in the starting cold of the fall. 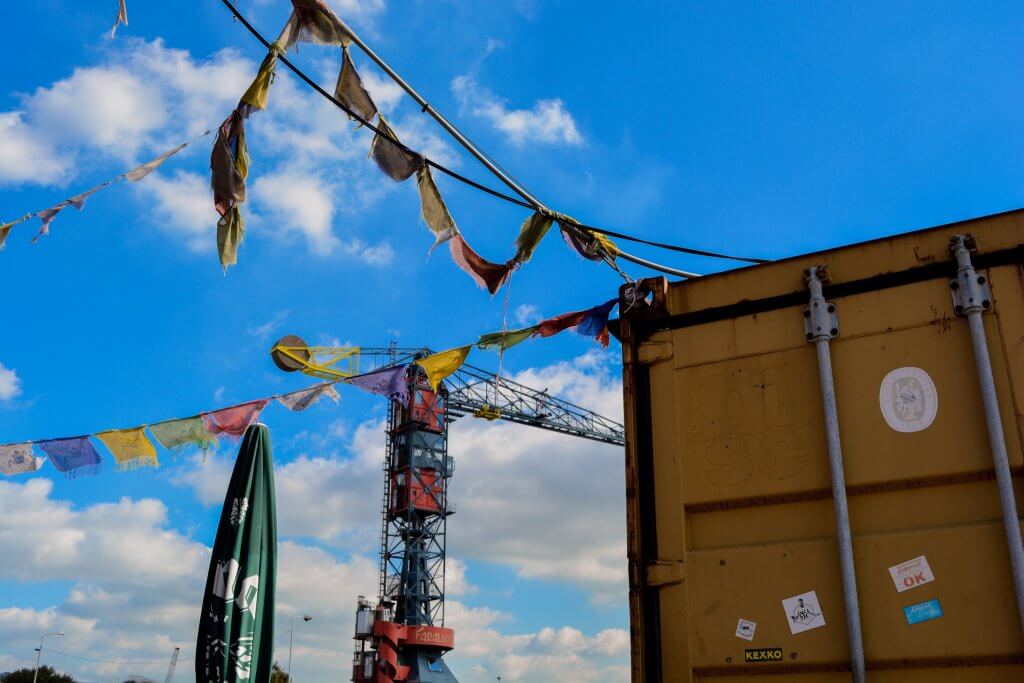 We walked over the 9 Straatjes to look at some shops. We found one that really caught our eye. Episode, a second hand store with brands and reasonable prices. Michèle bought a new winter coat and I picked a pair of Timberlands for only € 35! A quick stop at the grocery store, Albert Heijn, to buy some booze and snacks for the evening. We travelled to another part of the city to enjoy our first poké bowl, which was absolutely delicious!

Back at the campsite we met our new friends from Going Vanywhere. They worked the whole summer at the campsite and it was actually their last working day. We drank local beers and after a fun night we both returned to our vans.

The next morning we woke up because of the goats… It was really cold and a little rainy. I started to get a little sick. After breakfast we took the other tramline to the Museum Plein. We had our tickets for the museum with us and entered. It was very impressive! The architecture of the building was something I found even more interesting than the actual art. We saw the famous paintings and after two hours we decided to leave and go to the recommended Vegan Junkfood Bar. It is located behind The Heineken Experience and is not that expensive at all. The food was delicious, actually better than a burger with meat. 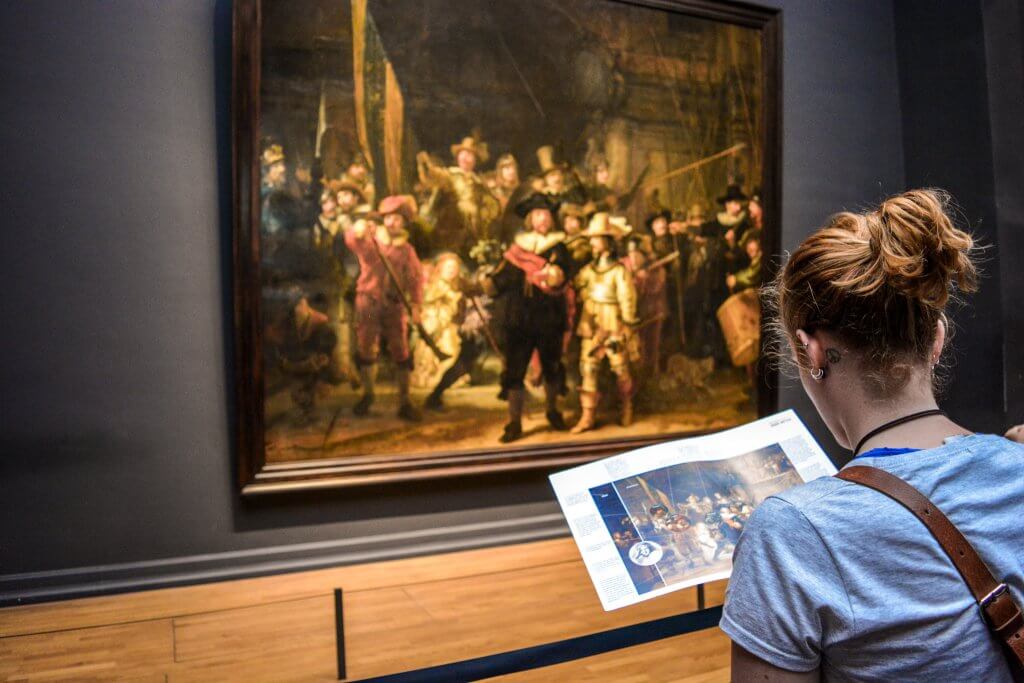 We walked to a small highlight we had seen on our favourite site Atlas Obscura. A small man of iron was sowing a branch in two. The figure had been there for a long time already, so his feet were grown into the branch. There are actually two more figures like this in Amsterdam, but due my sickness and the weather we decided to wander around some more. We walked for a while in the famous park, the Vondelpark. After we had coffee at the Koffie Academie (also recommended through Instagram) and shopped even more at Episode. The famous Spiegelstraat is a place we enjoyed very much too! Around 5pm we left the city to go back to the campsite. We played a few games in the restaurant and had something to eat.

It was a great city trip! The only thing I did not like (what I never like) is that people automatically talk to you in English. I know why, but still, I’m in my own country I can speak the language… Michèle doesn’t normally like cities, but because of the canals she found it to be more open and friendly. The fall colours worked too! Next time we will visit all those other spots, because there are just too many for only two days! 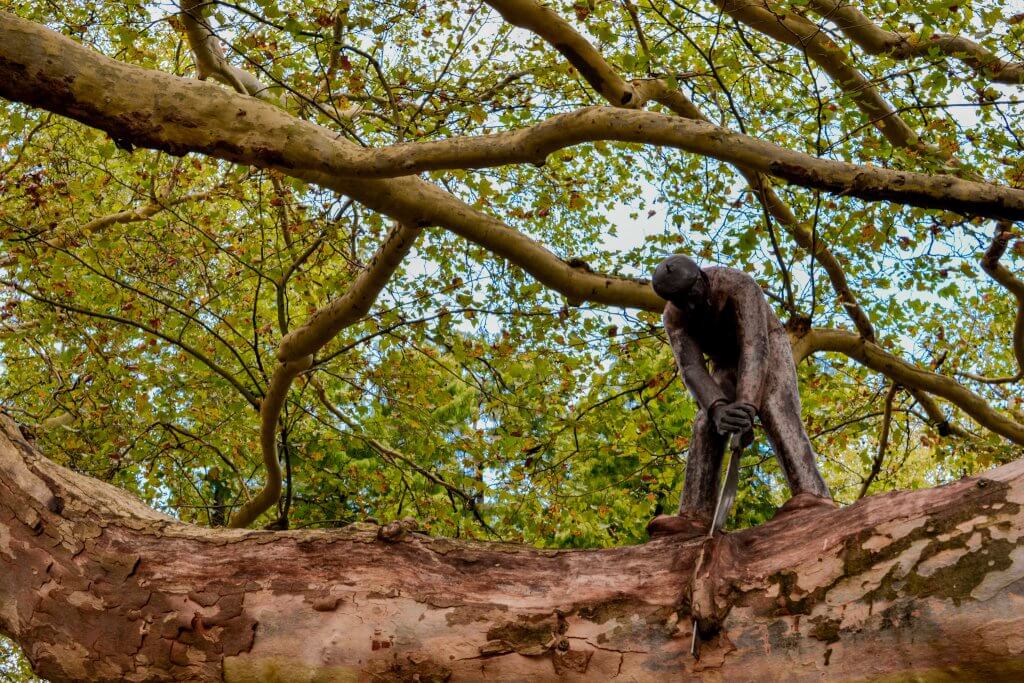