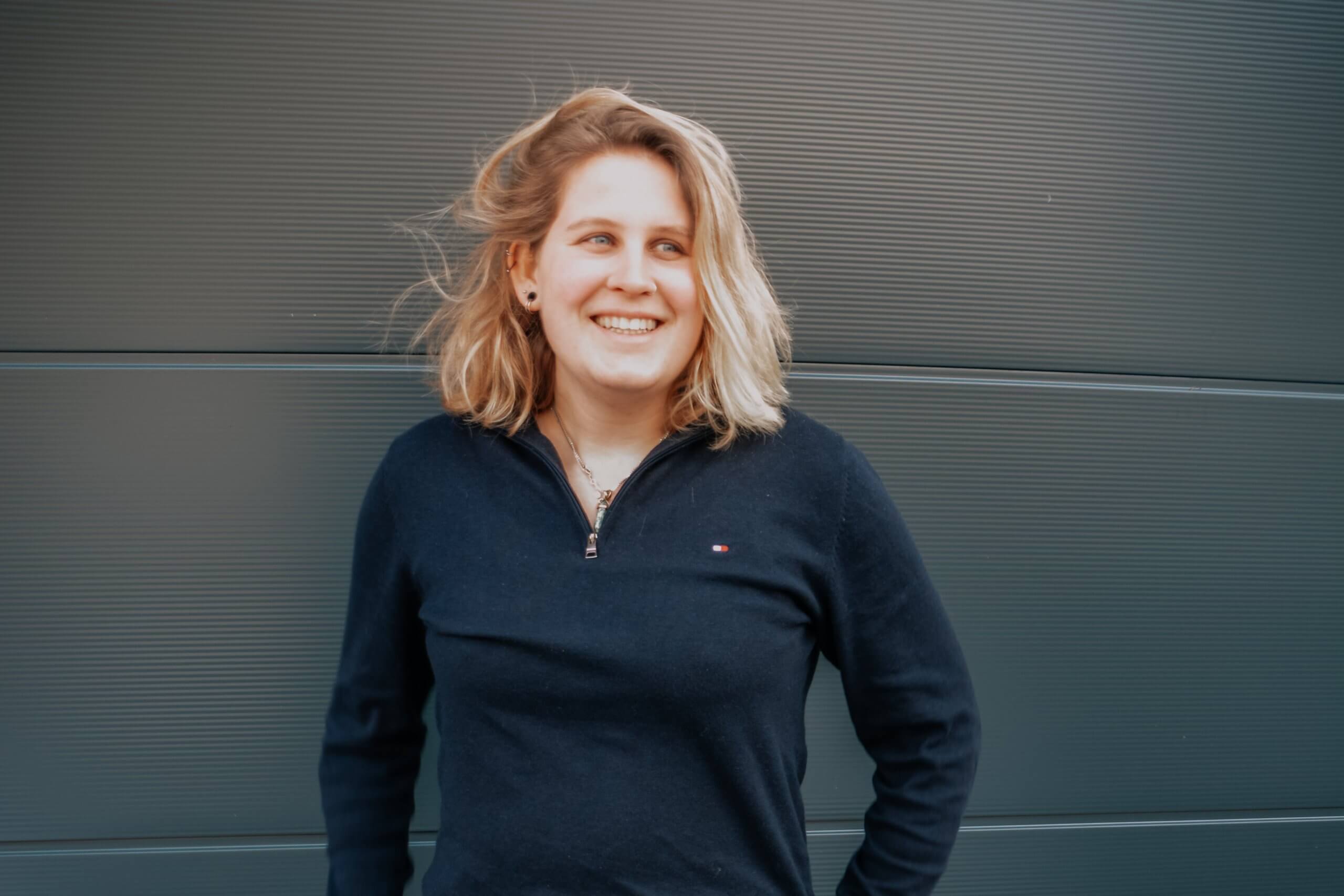 2010, a little Sanne comes from her rowing practice with her best friend. They decide to make a stop on their way home at a few shops. Debbie, who has always been herself and doesn’t care what anyone thinks, encourages little Sanne to buy an oversized men’s t-shirt. Little Sanne is ashamed at first and decides to only use the t-shirt for bed. Little did little Sanne know that she would actually prefer men’s clothes in a few years and wouldn’t be ashamed anymore.

This story is really the start. When I was 14 I bought that purple with yellow shirt and to be honest, I still have it and wear it to bed. Not much later I bought another t-shirt with flamingos, finding it weird that the men section would sell something like that. Later on, I bought the band shirts for men, as the women’s weren’t that cool and more expensive. 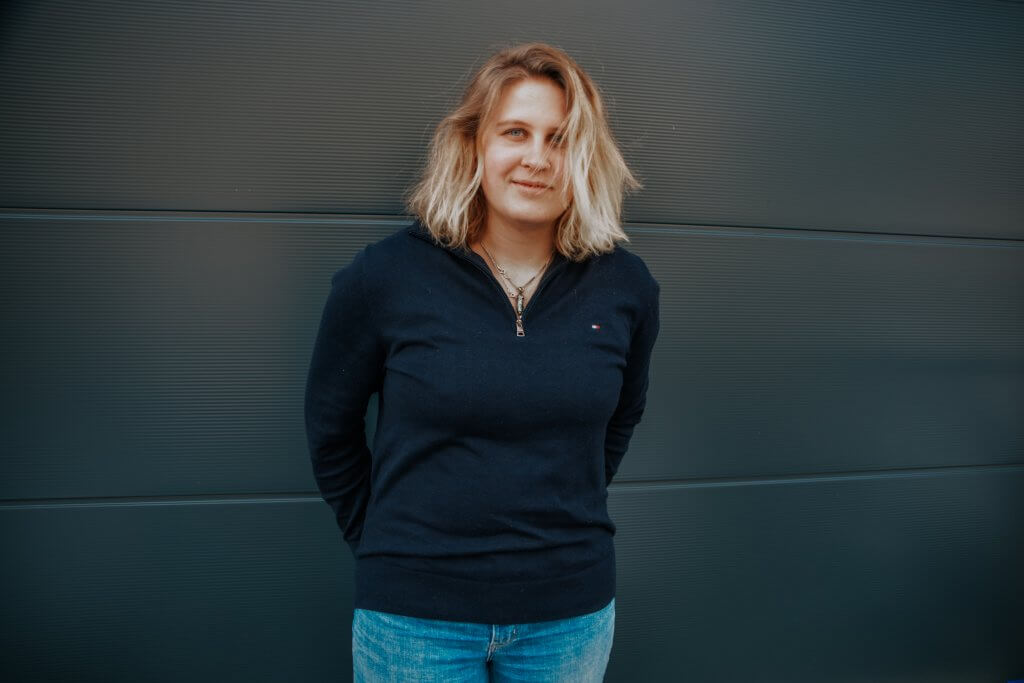 Ever since women were allowed to wear pants (finding it sad that permission was needed), unisex clothing is popular. I remember my mom telling me she wore her dads blouses with a big belt and making it a fashion statement. That made me “borrow” my dads jumpers, because the oversized wasn’t only comfortable, it was also considered cool.

Nowadays girls wearing oversized manly clothes are super normal, and I’m pleased about that! I genuinely dislike dresses and only wear them on special occasions. Looking at Michèle, she has never worn anything really girly and she always went to the men’s section. She always wants to buy men’s shoes, but unfortunately, they’re too big for her. 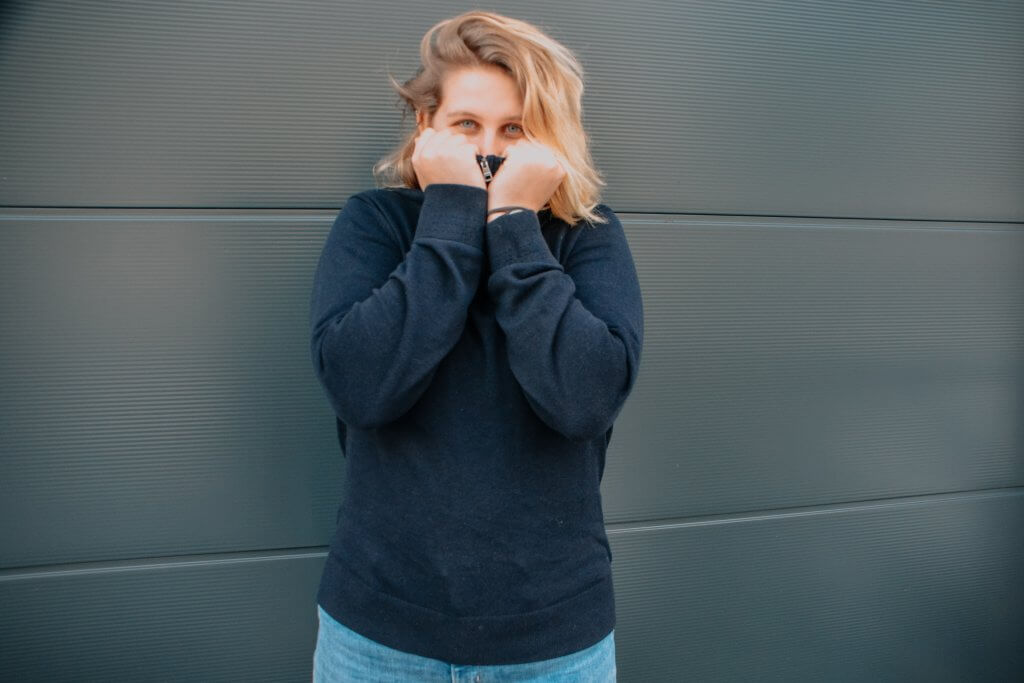 It isn’t about gender anymore. Look at Harry Styles who wears dresses in a more fabulous way than half of the women population. People should wear what they like, pieces considered for women shouldn’t only be considered for women. The same rules for men’s clothing, which brings us to unisex.

To be honest, I really don’t mind that there is a women’s and men’s section in the store. I personally am okay with the separation, I’m just loving that brands are introducing unisex pieces and that today you don’t have to feel ashamed to wear men’s clothes. It makes fashion more interesting and it is sexy.

''Free the nipple, wear what you like and don't be ashamed of it!'' 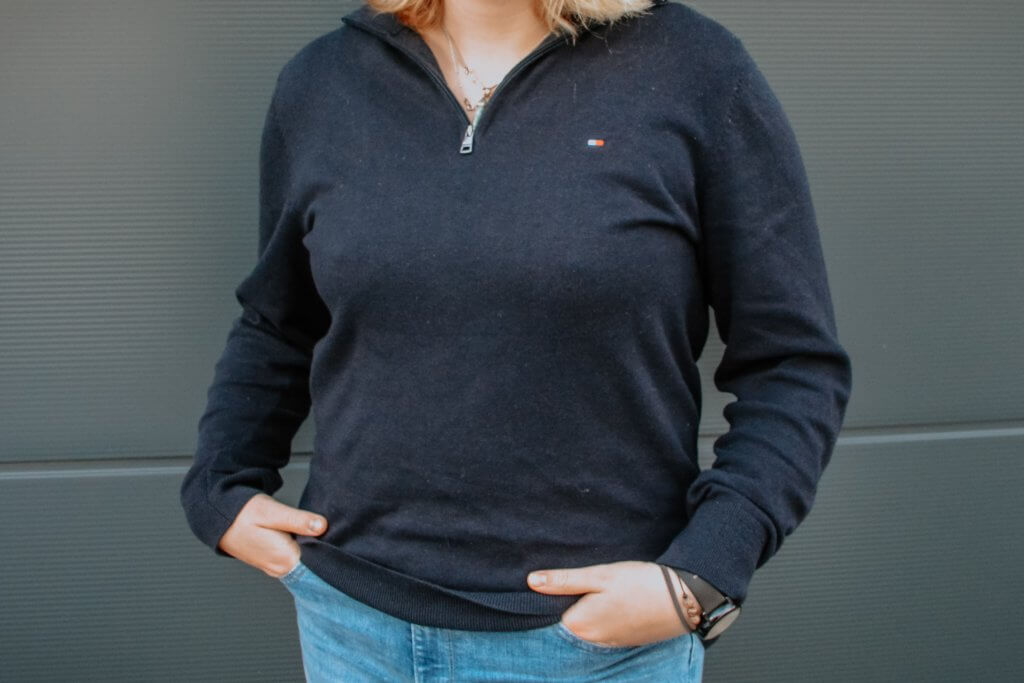 This blogpost was written in collaboration with Hemd voor Hem. Hemd voor Hem is a webshop where anyone can buy a whole outfit from shoes to ties and from sweaters to socks. We’ve had numerous collaborations with the brand and are very pleased that as two women, we get the opportunity to work together.

The sweater we were gifted with is from Tommy Hilfiger. It’s made from cotton and satin. Incredibly soft, durable and keeping us warm during the cold winterdays.